Mario Bokatius is currently an RF Product Line Director responsible for Front-End Solutions at NXP’s RF Power business based in Chandler, Arizona.  Mario has been with the group since 2000 and has held various positions in design and applications engineering, technical business development, customer support, and management. In the recent past, he spent nearly two years with NXP’s RF team in Shanghai, China where he was responsible for bringing NXP’s latest RF technologies to major customers in the Asia-Pacific region.
Mario is a recognized RF industry expert and proven leader.  During his career, he has been involved with design and productization of Silicon LDMOS, Gallium Arsenide, and Gallium Nitride based power transistors and amplifiers in discrete and monolithic form ranging from the Milliwatt range to several hundred of Watts and spanning frequencies from a few hundred MHz to 6 GHz.  He is a co-inventor of NXP’s Advanced Doherty Alignment Module (ADAM) technology, which won the patent of the year award in 2015.
Mario holds Diplom-Ingenieur and Master of Science degrees from the University of Applied Sciences Gießen-Friedberg, Germany and King’s College, University of London, UK, respectively.  He has published more than a dozen technical articles, holds eight US patents, participates in panel discussions, and was the co-organizer of a hands-on workshop on Doherty power amplifier design at the International Microwave Symposium in Seattle, WA, USA in 2013.

Jennifer Kitchen received her Ph.D. in electrical engineering at Arizona State University in 2007. During her graduate studies, Kitchen was a National Science Foundation Graduate Fellow, and a Semiconductor Research Corporation Master’s Scholar. While at ASU, from 2003-2006, Kitchen worked for the RF power amplifier handset product group at Motorola, Inc., and Freescale Semiconductor. In 2007, she became the Arizona Design Center Manager for a startup company, Ubidyne, Inc., that aims to revolutionize wireless basestations by producing a digital antenna-embedded radio solution. In 2009, Kitchen joined ViaSat, Inc., as head of an IC (Integrated Circuit) design team within the Advanced Microwave Product Group. Her group focused on designing low-power integrated transceivers for SATCOM; among other chipsets for military applications. Kitchen joined the faculty of Arizona State University as an assistant professor of electrical engineering in 2012.

Her research focuses on efficiency-enhancement, integration and programmability of high-frequency (RF) circuits and systems. She uses silicon as well as III-V materials, such as gallium nitride, to create high-efficiency power management and power amplifier systems. She is also working on integrated electronics for solar arrays. 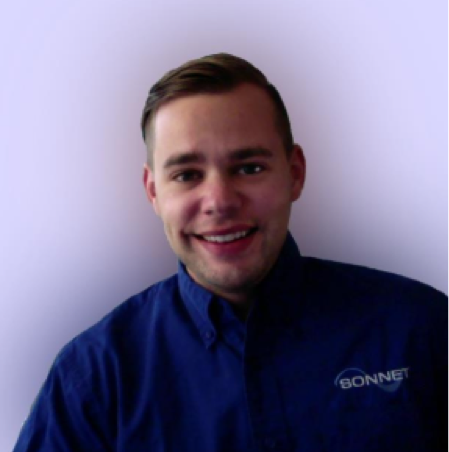 Dr. Brian Rautio is the Vice President of Operations for Sonnet Software, Inc. He received the B.S.E.E. degree from Rensselaer Polytechnic Institute in 2009 and the Ph.D. degree in Electrical and Computer Engineering from Syracuse University in 2014, where his algorithm research helped him to win the All-University Doctoral Prize. Brian has been a member of IEEE since 2005, having previously volunteered for the IMS2012 steering committee and MTT AdCom, and is currently a reviewer for the MTT Transactions. He is also a member of the Eta Kappa Nu electrical and computer engineering honor society